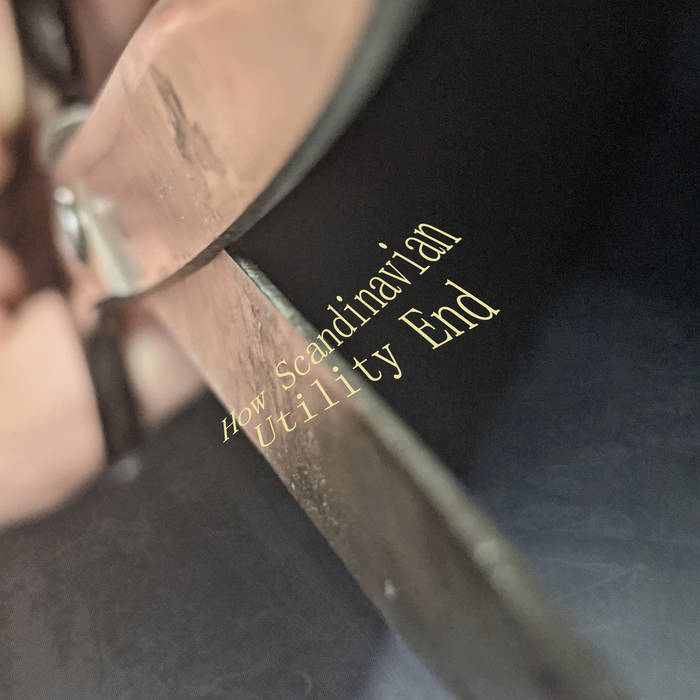 Hello. Usually I write extensive liner notes on my records and Utility End will be no different. I simply ran out of time to write something that was up to my personal standards, so in a couple days I'll continue to update this with some background and information about why this record even exists and what it is about (to me). Below is an excerpt that details the early genesis of the EP, which I'll most likely re-write and edit in time. Thank you for reading and listening. Don't ever stop reading.

"Utility End is the first of two releases meant to re-introduce new and old listeners to some of the sonic avenues that How Scandinavian has developed over the last decade or so. Before the pandemic occurred, the plan was to finish up the second album after the live band did a run of shows in the first quarter of the year, and finally begin working out how to distribute that. The typical band thing.

That did not happen and the focus to perform these album songs and complete their recording was instantaneously dropped. For the majority of the time, I did not want to work on music as I did not see the point. This was not a new feeling, but it was obvious to me that it felt justified to simply step away from something that felt personally irrelevant.

As the months passed on, milestones of the year before being lapped over, anniversaries perceived more anciently, I slowly began to think of an idea I had for years prior that never came to fruition: a Christmas/Winter single.

For many reasons owing to that particularly busy and exhausting end of the year, I never was able to gather the nerve to go through with it and ended up with a pile of "Christmas" songs somewhere on a corrupted HDD. But the idea seemed interesting and if it did not go anywhere, the songs could just stagnate on another ill-fated memory device without protest..."