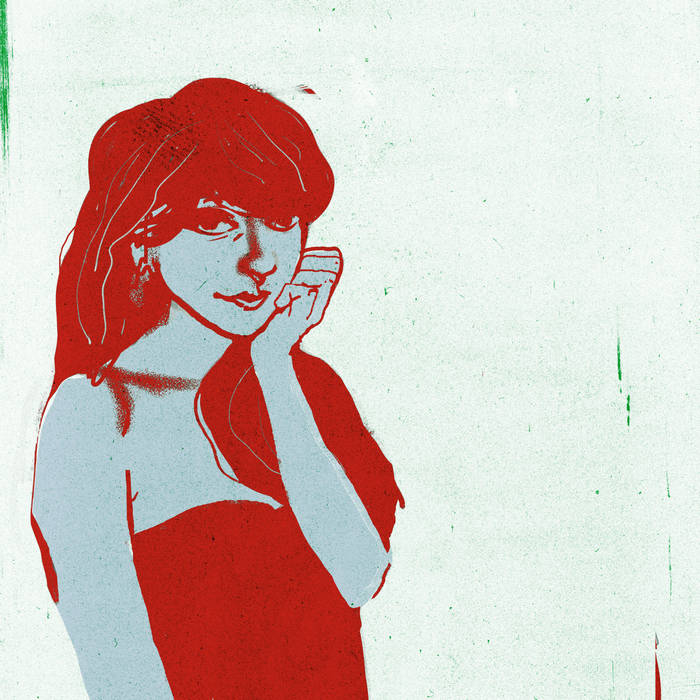 "Emma" is a pretty old song that had been kicking around since the days of the Pity Won EP, but in a form that I would only describe as "trite rock garbage". I remember the song was just a bit of repetitive drag in 4/4 that only alternated between verse and chorus twice, and then finally killed itself with a mercilessly terrible "solo" by yours truly. .

Fast forward some years, and I decided to challenge myself in reinventing old material. Sometimes this worked well ("Langley", an unreleased track that now is more krautrock than the slow rock-ish waltz it used to be), and sometimes this failed entirely (any attempt at remaking "The Woods" always made me feel inept).

I hit a nice stride with "Emma" though, when I decided to mash it with some reggae and noisy-ish rock influences. The verses now had a bit more of an interesting swing with space in the guitar playing (I'm just nicking Andy Summers here really), and the choruses now had a launchpad to start, as opposed to just bleeding in stupidly as they had with the initial arrangement.

Lyrically, I cannot remember what I even sang in the first version; making me curious of what exactly this song was even about, if anything at all. But now I had a real song, and that meant I actually had to think about lyrics, fantastic...

Without hand-holding too much, "Emma" is just about the knife of pity being double-edged. The rest is just the usual take downs of various louses.

"Xe laju' noj" is just a little instrumental that had its origins in the remixing process for "Emma", but I decided to make it a full track in the end. I was channeling my inner (poor) ambitions of Aphex Twin (Windowlicker-era, think about it...) and µ-Ziq.

"Math 093" is a long lost song from the weird interim between Dolorous and Pity Won. Probably the most autobiographical song here, it takes a bit of a look at the days of college and apathy. Sometimes those days seem attractive, and sometimes not. Probably the simplest song I've written in a long, long time. Maybe it will return to the live sets after not being played in many years...

The space of time between The Kinch Service in 2015 and now feels like eons, but perhaps there was always a need for myself to re-evaluate the music of the past in order to write the new.

I have been in the far out, quiet margins, trying to get the second LP to be completed and now more than ever it seems it will come to fruition. For all the few but vigilant fans of my music, thanks for waiting, it'll be a little while longer now. I hope this serves as an entertaining, exciting, and comforting far out transmission from planet How Scandinavian that says "I'm alive and well, the work is almost completed."