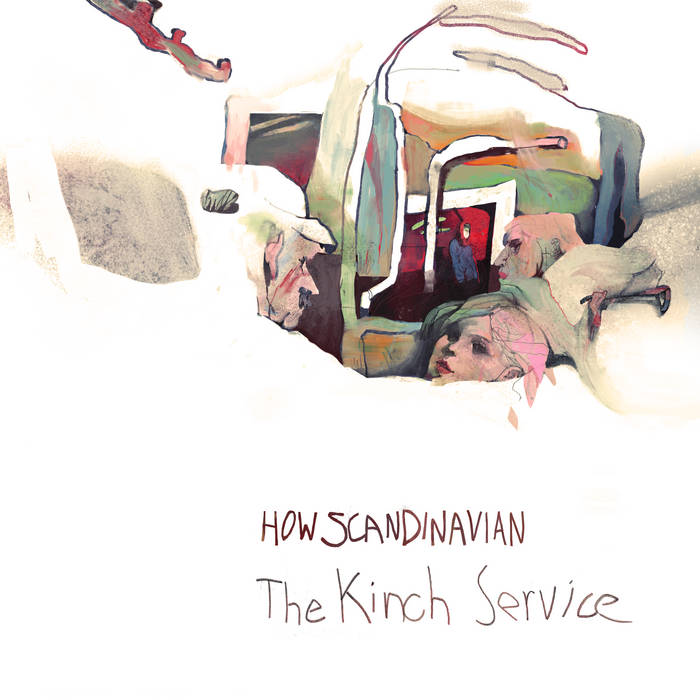 Not all excellent things require an excellent amount of time to be completed, but these songs are true late bloomers.

The Kinch Service EP, a nod to the nickname given to Stephen Daedalus by Buck Mulligan, is something that has taken me considerable time to complete. Part-writer’s block, part-procrastination, and part-waning interest in music; three of these five tracks have been waiting in the confines of my digital shelves since late 2011 or early 2012, you can choose.

I’d scoff (or agonize) at having to sit down and come up with vocal melodies or re-record instrumentals that were once acceptable. Mea culpa …in a sense. This indifference stemmed from various occurrences, but mainly to blame were a very shaky band practice schedule, a lack of live shows and interest, and diminishing time and effort to do a good job.

Practices, when occasionally had, would hardly aid me in creating melodies and instead I’d write new songs that were more “satisfying” to perform; a fatal mistake. New songs would be “passable” or “need work” and would never be heard of again. I was simply running from the task at hand; to finish my work that I’d been hoarding for so long. The lack of proper shows and a feeling of misplacement in our local surroundings (yes yes yes I know, woe is the musician) led to my decision to simply throw the live band into the dustbin and focus on fruitful endeavors.

Not to say I didn’t attempt to do it all at once, as is customary, since I had setlists upon setlists of new songs to perform and how to focus on this release. But I fear if I had done so, I’d be ending the summer without proof of time well-spent. There had to be a sense of give and take in order to coerce myself to finish the project, and momentarily giving up on the live band gave me enough of a nasty taste of medicine to proceed.

The record really began to come together when I had written “Acquaintance Now” early this year and felt that it would become the closer of a four track long version of The Kinch Service. But I was inspired by the song’s birth and sought to complete “The Flensed”, a song dating to 2013 that was once a part of HS’s aborted second LP, which would prove to be challenging, rewarding, and ultimately prolong this EP from completion for even longer. The completion of the song reignited my interest in the aborted material for How Scandinavian’s second album and led to an even greater sense of direction for the future.

Left to my own devices, I sought to achieve a new standard for How Scandinavian and felt I have subsequently re-inspired myself to create music for myself, and anyone who will listen.

Please enjoy The Kinch Service EP by How Scandinavian.

Artwork and design by Ilya Shkipin (www.ilyashkipin.com)
Special Thanks to the talented Ilya Shkipin for his beautiful artwork!