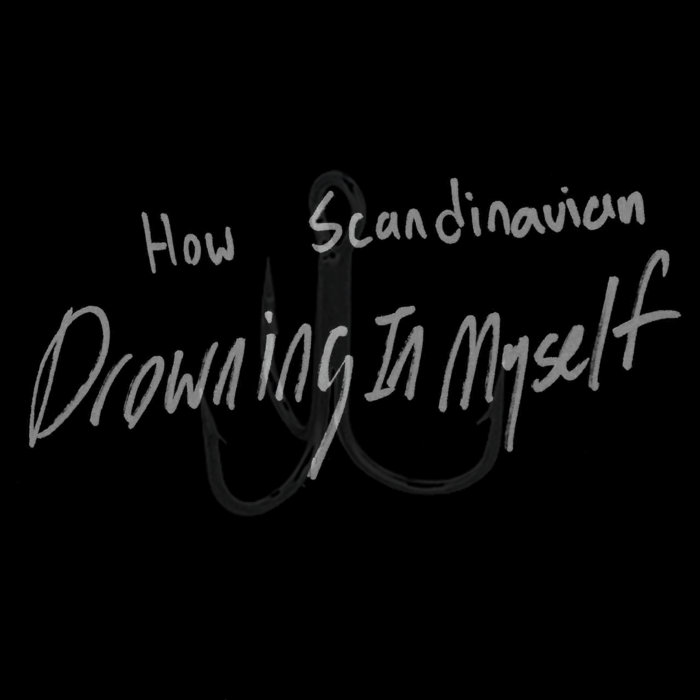 "Drowning In Myself" was written in early 2012 when the original live band was at the peak of its powers, but I've had the strange fortune of just never really feeling confident in any recorded version from that era; the only thing remaining from 2012 is the partial drum track, opening guitar line, and organ.

I've played this song numerous times with every single incarnation of the live band to date, and it isn't exactly on my top list of songs that need revisions of any sort so I just figured it was time to get it out. It was originally intended to be the closing song of How Scandinavian's 2nd album but over time it just had less and less to do with any of the material that is now set to be a part of it. I then figured it could fit into Kinch Service (title of the 6th How Scandinavian EP) but, with more time passing, I did not feel that it was a proper place for it.

Because of those factors, I simply felt that the song was just meant to be released as a standalone song; it never really fit with the rest of material that we played in 2012 and it fits even less now. Despite the setbacks, I do still enjoy occasionally practicing this song with the band and it is now officially a "live rarity" to me now that it has an official release.

"Miscreants" is another song that had its genesis from the 2012 live band's frequent rehearsals and shows, and because of that I feel it is an appropriate companion song to "Drowning In Myself".

With this song I was definitely wearing some of my influences at time (my shoddy interpretation of playing a "shoegazey guitar line") on my sleeve, and it now sounds a little silly to me personally. The melodramatic nature of the song is not really something that I can do as well anymore, and that's partially why I still occasionally ask the band to play it at practice; it might even get a arrangement makeover in the future.

On an amusing note, I recall a very memorable (to me) performance of "Miscreants" to a incredibly sleepy crowd at about 2AM at the (now no longer existing?) Oasis. I remember thinking that this was the direction that How Scandinavian would go into after "Pity Won" (it was mostly recorded in the same "sessions" as the songs that appeared on it) but of course that was not meant to be with what would be released later on.

I hope that How Scandinavian's listeners enjoy these two songs and that it will hold them over just a little while longer for the next era of songs I have cooking.

All the best,
- Bryan

Bass, Drums, Guitar, Organ, Vocals - Bryan Santizo
Recorded and Mixed at The Lost Ooze between 2012-2014
All songs written and produced by Bryan Santizo.